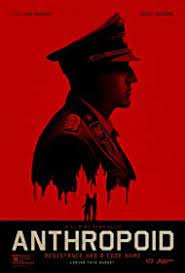 A screening of the film by Sean Ellis followed by a talk by George Bearfield, author of Foursquare: the Last Parachutist to commemorate 80 years of Operation Anthropoid.

George Bearfield is the son of the Czechoslovak parachutist Jaroslav Bublík and the nephew of Josef Bublík, who, together with Jan Kubiš and Jozef Gabčík, died in the Church of St. Cyril and Methodius in Prague after the assassination of  Reinhard Heydrich.

The film will be screened in English without subtitles.

Admission to the event is free, registration at events.london@embassy.mzv.cz