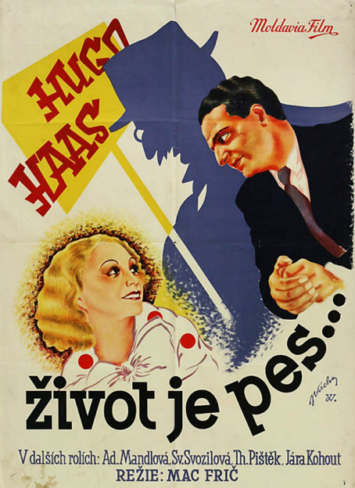 A chance to see a rarely screened film  directed by Martin Fric and starring Hugo Haas and Adina Mandlova.

A light hearted romp mainly set in and around a Prague music publishing shop. A young composer falls for the publisher’s daughter but the road to love is complicated when he gains employment at the shop disguised as his uncle.

Hugo Haas was a top star of both theatre and film in his native Czechoslovakia and would later find character roles in Hollywood before becoming a director himself. Adina Mandlova proves delightfully flirty as the love interest and the hi-jinks are kept bubbling along by the experienced Martin Fric who directed more than 100 films between 1929 and 1968.

Tickets £8 in advance (see link below) or on the door.