The Robot at 100: Culture, Society, Politics, and the Future 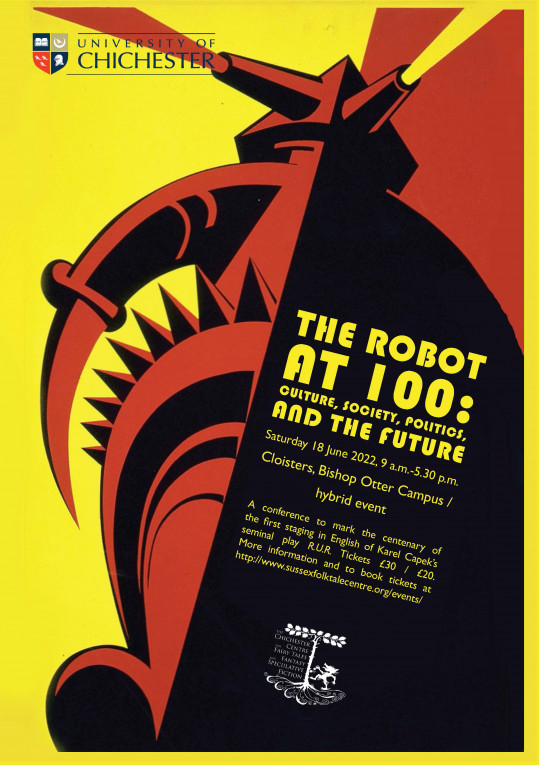 The University of Chichester Centre for Fairy Tales, Fantasy and Speculative Fiction hosts an international, interdisciplinary conference marking the centenary of the first staging in English of Karel Čapek’s seminal play R.U.R. The play saw the first appearance of the term robot which comes from the Czech word robota meaning ‘forced labour’ that has its roots in the Slavic word for ‘slave’.

The conference will be opened by the University’s Deputy Vice-Chancellor Simeon Keates, who is known widely for his research into artificial intelligence, human-computer interaction, and building robots, which led to his competing in the hit BBC show Robot Wars.

The conference programme will also feature an innovate Czech project ‘AI: When a Robot Writes a Play’ created by a team of computer scientists and drama experts from THEaiTRE in collaboration with Prague’s Švanda Theatre.