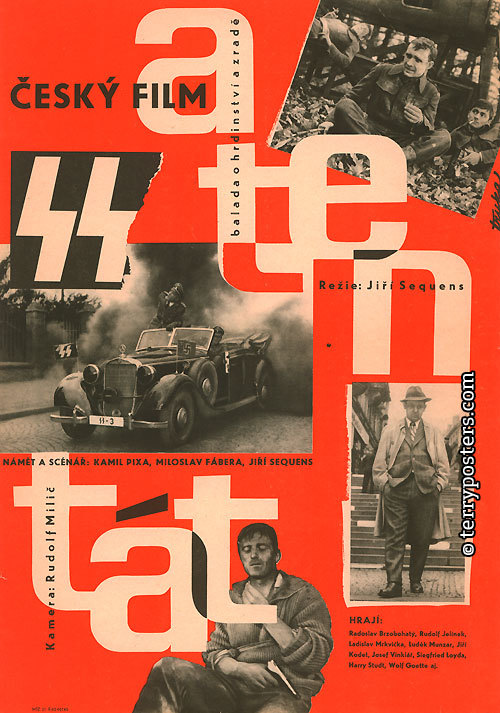 Screening of the Czechoslovak film Atentát (The Assassination) offers a unique period view of the course of Operation Anthropoid, filmed in 1964 just 22 years after its execution.

This will be followed by a talk about the paratrooper training within the Special Operations Executive (SOE)  by Gillian Halcrow daughter of British Lt. Col. Ernst van Maurik, who personally trained Czechoslovak paratroopers, including Jan Kubiš and Josef Bublík, within the SOE.

This  event takes place on the day before the anniversary of the heroic death of seven Czechoslovak paratroopers, including Jozef Gabčík and Jan Kubiš, in the Church of St. Cyril in Prague following the assassination of Reinhard Heydrich.

The film will be screened in the original Czech version with English subtitles.

Admission to the event is free, registration at events.london@embassy.mzv.cz