The Bourbons and Bohemia 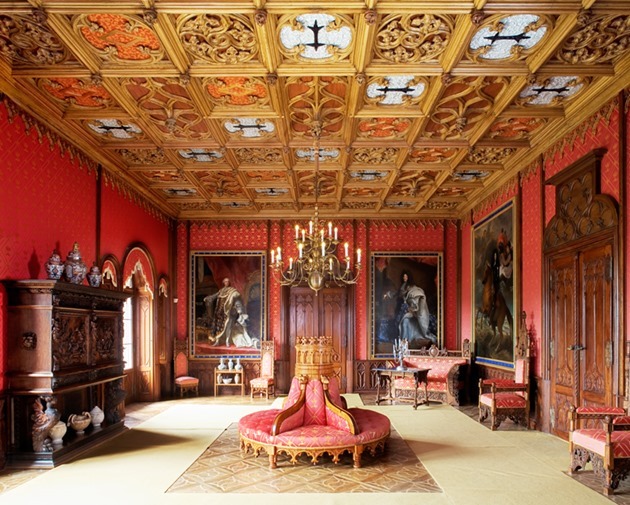 Louis XIV was a life-long enemy of the Holy Roman Emperors, and Kings of Bohemia, Leopold I and Charles VI. The armies of his successor Louis XV occupied Prague in 1741.
Thereafter, however, the Bourbons became allies of the House of Austria. During the revolution the resort of Teplitz/Teplice in Bohemia became the residence of many emigres including Charles Joseph Prince de Ligne and the Princes de Rohan. The Rohans later lived at Castle Sychrov, east of Prague, which still contains 250 Rohan and Bourbon portraits. The most famous French exile in Bohemia was the Bourbon King Charles X, after the revolution of 1830. He lived at Prague Castle from 1832 to 1835, when he had to leave as the castle was needed for the coronation of the Emperor Ferdinand I of Austria as Ferdinand V King of Bohemia. The best account of the coronation, a moment of exceptional harmony between the Czechs and the Habsburgs, is by the French ambassador the Comte de Sainte -Aulaire.
Dr. Philip Mansel, a historian of France and the Middle East, has lived in London, Paris, Beirut and Istanbul. His books include lives of Louis XVIII (1981) and the Prince de Ligne ( Prince of Europe, 2003); Dressed to Rule , a study of the politics of clothes (2005); a history of Paris as capital of nineteenth-century Europe, Paris between Empires (2001); and most recently King of the World: the life of Louis XIV (2019). He writes for The Spectator, The Art Newspaper and the Times Literary Supplement and is a founding committee member of the Society for Court Studies.
Tickets £15 including a glass of wine. Book here
Image: French royal portraits adorn the walls of Castle Sychrov. Image used with the co-operation of Czech Tourism, photographer © BinkStar
+ Google Calendar+ Add to iCalendar