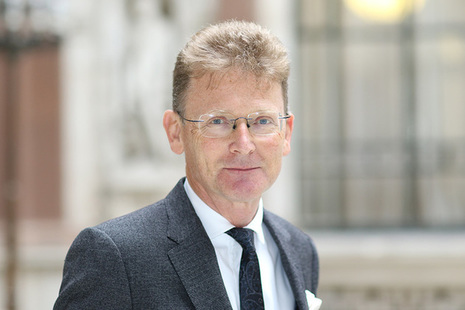 Zoom online webinar
Nick Archer, British Ambassador to the Czech Republic, shared his perspective on living through and adapting to Covid-19 conditions. The event concluded with a Q&A session.

He felt that Prague was a very good place to be, especially as the Embassy and residence has a large garden. Its location in Malá Strana has the advantage of few inhabitants and at present benefits from the absence of the usual blight of tourists. The Czech Republic’s proximity to Italy had led to an early lockdown, which resulted in a consistently low number of cases, he pointed out, and Slovakia had done even better.

Until early March, diplomatic priorities were to strengthen the UK relationship with the Czech government by taking full advantage of its presidency of the Visegrad Four with frequent visits by UK ministers. Preparations were also under way for a UN climate-change conference in Glasgow, now rescheduled from this November to 2021.

But lockdown had changed the agenda completely, he acknowledged. Repatriation of British citizens who were not part of the well integrated expatriate community became a priority. Embassy staff welfare became more complicated since they live between two countries and two rule books. The approach to handling the crisis in the Czech Republic differed from that in the UK emphasising different expectations between Czechs and Britons.

Wearing face masks was compulsory in the Czech Republic and like many Czechs, the ambassador said sported a home-made one, fashioned from his son’s pyjamas, when taking his dog for its twice daily walks. A leading Czech epidemiologist, Roman Prymula, until recently the deputy minister for health, had provided him with useful insights into the Czech management of the crisis in a manner that benefited from his connections with Birmingham and Oxford universities.

The early stages of relaxing lockdown in the Czech Republic were straightforward but latterly they have been more complicated. Embassy staff have returned with 20 per cent back in the office but London is not yet ready to return. In the Czech Republic there is less enthusiasm to adopt the ‘new normal’ approach to working from home and reduce commuting. This gives the impression that everything will return to how it was before. In conclusion, the ambassador felt that his being in post for over two years before the crisis struck made his adaptation easier.

The BCSA is most grateful to committee members of the Czech British Chamber of Commerce who facilitated the webinar on Zoom.