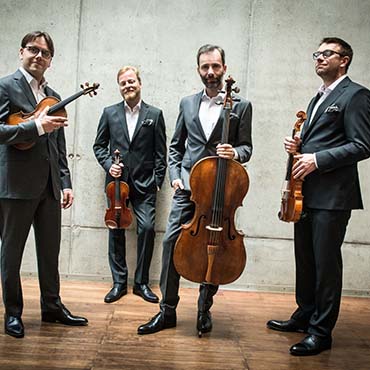 Founded in 1994, the Czech ensemble raised its profile via competitions such as the London International String Quartet Competition in 2006, when it also took the audience prize, as well as other successes in Prague (2005), Banff (2007) and Bordeaux (2010); in 2008 it received the Alexander Zemlinsky Advancement Award.

Recordings of works by Dvořák and Mozart have been widely praised, The Sunday Times suggesting that ‘Mozart said his “Praguers” understood him. These ones surely do.’

Priority Booking for this concert will open to Friends of Wigmore Hall from Wednesday 11 May at 10:00AM.

General sale for this concert will open at 10:00AM on Tuesday 24 May.