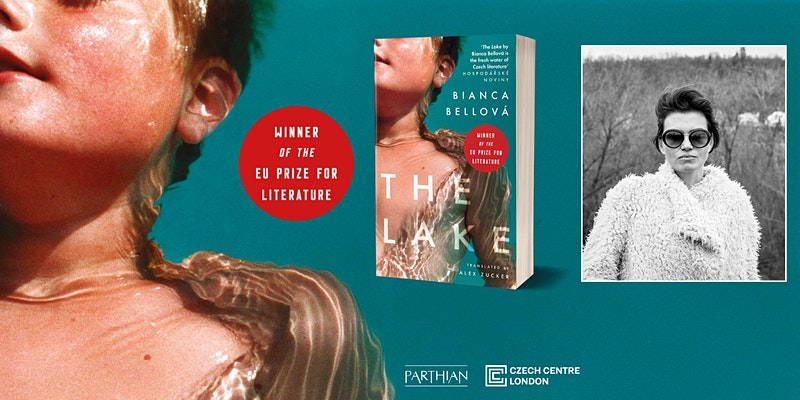 Bianca Bellová in conversation with Glen James Brown to celebrate the launch of The Lake. Followed by a drink reception and book signing.

Winner of the 2017 EU Prize for Literature, writer Bianca Bellová discusses her highly topical book The Lake with Glen James Brown to celebrate the book’s English-language publication by Parthian Books.

Set in a fictitious country with references to a past Soviet occupation and presenting a post-apocalyptic future of complete climate collapse, The Lake is a powerful and touching story of a young boy who fights his way out of a harsh environment as he searches for his mother. In discussing her inspirations, her experiences growing up in the Eastern Bloc states pre-1989, her tendency to place her characters into extreme situations and the book’s terrifyingly real parallels with the possible aftermath of war in Ukraine, Bellová explores her universal story, which has been translated into twenty languages.

Free event but registration via Eventbrite (see link below) is necessary