The Czech Lands through the eyes of Dan Cruickshank 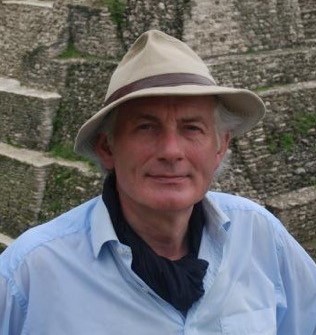 Dan Cruickshank, a well-known television art and architecture historian, will share his impressions of the Czech Lands online via Zoom.

Dan’s  travels have taken him to the Czech Lands where he filmed two of his television broadcasts. It might have been his friendship with Jan Kaplický, as well as with Eva Jiřičná, that inspired his curiosity in their homeland. In addition, post-communist countries have always intrigued him. As a child he lived for three years in Poland and attended a Polish school: his father, a BBC journalist, decided to embrace his zeal for communism and left the BBC to work for the communist paper Daily Worker in Poland. As an adult Dan made a programme on this chapter in his father’s life and his final disillusionment with communism after the events in Gdansk and Hungary.

Dan is a university professor of the history of architecture with a number of academic publications to his name, as well as an art journalist. He has used his expertise to create numerous much-loved BBC TV programmes about interesting buildings and man-made artefacts which he encountered on various televised trips. Through them he aimed to chart the history of human civilisation. The repeat of his most popular series Around the World in 80 Treasures is currently showing on BBC 4. In  other shows he has examined how different homes – from medieval cottages and Victorian terraces to high-rise flats – reflect the way people think and live their lives.

The talk will precede the formal BCSA AGM.

If you wish to participate please register at bcsa@bcsa.co.uk by Monday 22nd March.

Login details will only be shared with those who confirm their attendance.