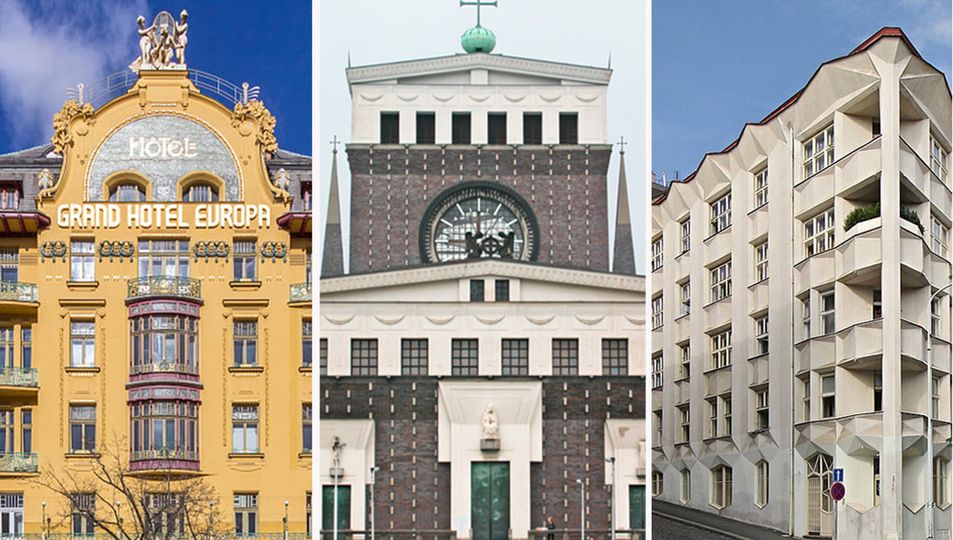 Using images taken from visits to the Czech Republic over the last 30 years, John East will give a whistle-stop tour of the development of Czech architecture during the 20th century, looking at some of the best examples of Secessionist architecture, pre-WW1 Cubist buildings, post-WW1 Expressionism, 1920s and 30s Modern Movement housing estates through to the little-known Soviet Realism masterpieces and Brutalism, Soviet-style. We will also see a functionalist city and futuristic transport infrastucture; the buildings of internationally known architects such as Jože Plečnik, Mies van der Rohe and Adolf Loos, as well as those by lesser-known but very talented Czech architects, and individual jewels by architects now long-forgotten.
John East is well known as the unofficial photographer for the Twentieth Century Society. He lectures frequently and his photographs are regularly used in Twentieth Century Society publications, most recently 100 Churches, 100 Years and 100 Twentieth-Century Gardens and Landscapes.
He has a regeneration and planning background by profession with many years working at chief executive, strategic director and director level in local government and the private sector.
Please email info@czechfriends.net to join the event. It is free to join: please consider making a donation to The Friends via our website www.czechfriends.net.
Image credits, left to right: Grand Hotel Europa, Prague © Raimond Spekking / CC BY-SA 4.0 (via Wikimedia Commons); The Church of the Most Holy Trinity, Vinohrady, Prague © Jorge Royan CC BY-SA 3.0; Neklanova 98/30 , Vyšehrad, Prague © VitVit, Creative Commons Wikimedia
+ Google Calendar+ iCal Export