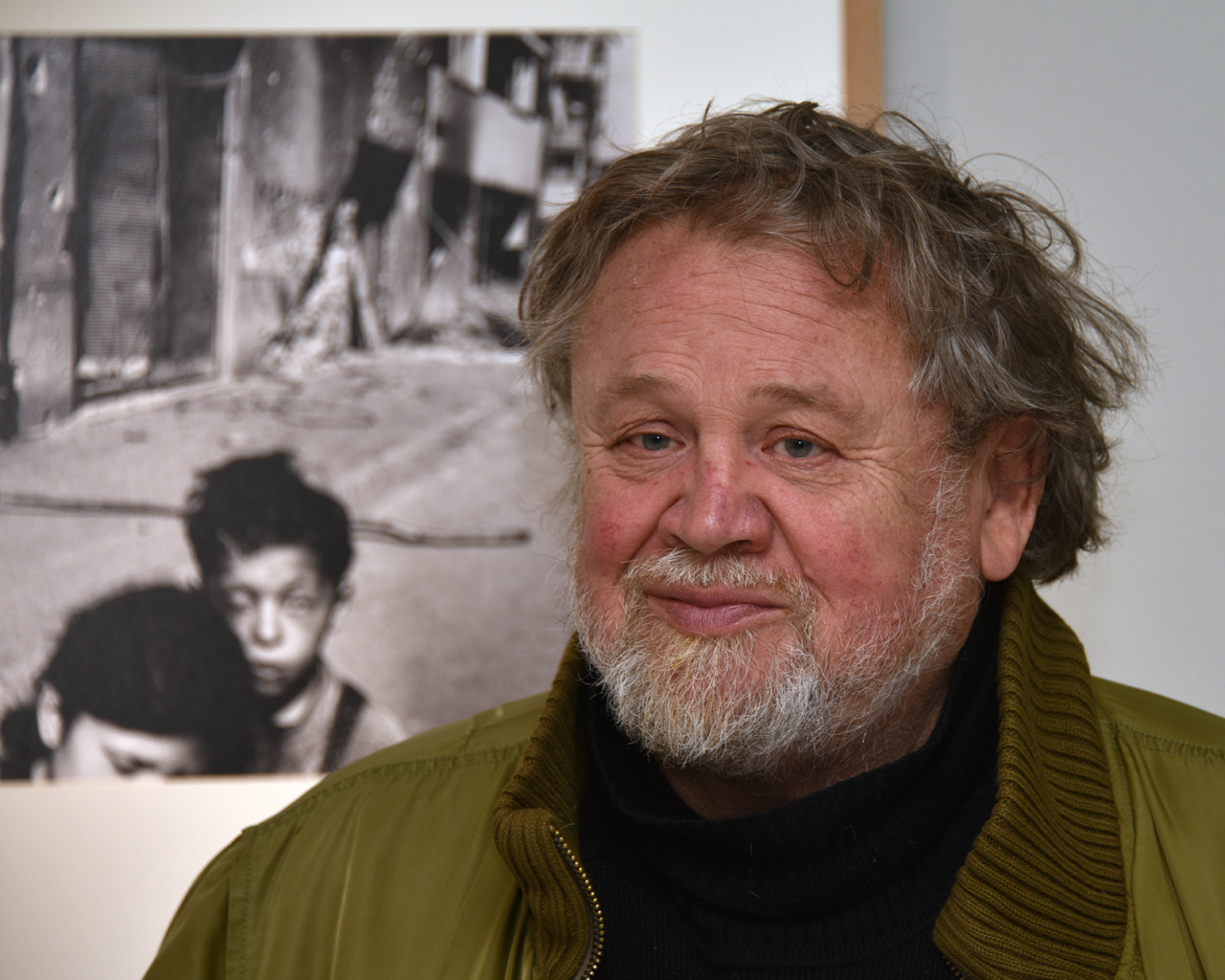 An outdoor exhibition of striking black and white photographs by four-time World Press Photo winner Antonín Kratochvíl. Highly expressive, evocative photographs provide a cross section of Kratochvíl’s work featuring show-business celebrities such as David Bowie and Bernardo Bertolucci as well as war and human catastrophes. With his unique style of photography marked by the depth of his understanding of his subjects Kratochvil, one of the leading representatives of social documentary photography and photojournalism, provides testimonies to the problems of modern society and civilization while portraying the state of the human soul and its prospects in today’s world.

Antonín Kratochvíl (b.1947) is a Czech photojournalist of international renown. After five years of exile in Europe (1967–1972), including life-changing experiences from his time in a refugee camp, in prison, and in the French Foreign Legion, he studied art and photography at the Gerrit Rietveld Academy in Amsterdam and moved to the United States in 1972, where he became one of the top photojournalists and war photographers. A turning point in his career came with his self-published book Broken Dream: Twenty Years of War in Eastern Europe (1997).

He has worked for prestigious American newspapers and magazines including Rolling Stone, New York Times Magazine, Newsweek, Mother Jones, Smithsonian, Condé Nast Travel, Geo, Playboy, Penthouse and Vogue. He has received many international awards including the Dorothy Lange Prize, the Ernst Haas Award, the Golden Light Award, the Gold Medal for Photography from the Society of Publishing Designers in New York, the Gold ARC Award for the Best Annual Report, the Lucie Award and World Press Photo of the Year. In 2014 he was named the Czech Photography Personality of the Year.